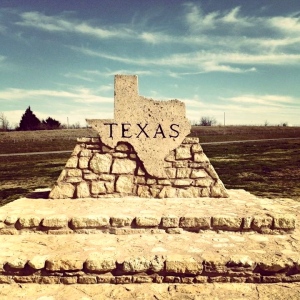 I live in Southern California, and I have my whole life.  The area I grew up in had changed from orchards and vineyards to tract houses and traffic jams.  It’s very hard to get away from all that noise and to know that there is something else out there.  Sure, every place changes, but the place I was born in, the place I grew up in does not exist anymore except in the memories of those of us who lived it.

We had hitching posts at my elementary school for ponies over by the bike racks.  They did take them out while I was there, but there were some kids who did ride to school.  It school was wide open, with no fences, and sheep often grazed out past the playground.  We would usually assemble around the flagpole, the entire school, to watch the colors being raised, and to say the pledge together.

We had one market in town, Hilltop Market, and a small little gas station that had a store inside where we could buy candy and sodas, but fast food was a rare treat.  There was a creek not far from where we lived, and we would go and catch polywogs, collect cat tails, or ride our bikes along the trails.  We had no sidewalks.  Most of the people around had horses and other animals.  I was rarely inside.  I would go out and play until I heard the bell we had on our porch.  It was time to go in.

I loved the sounds and the smells.  Nothing beat a freshly plowed field or the warmth of a just laid egg in my hand.  I would lay in bed at night and listen to crickets, and hear the train whistle way in the distance as he made his regular run.  To stand outside at night and see the stars, the Milky Way, it was nothing short of majestic.

It was rural, no doubt about it, but as I got older it grew.

In time, we moved a short ten miles away, but it was worlds away.  Even so, the place I just described is gone.  The school is now fenced in.  The properties are mostly subdivided and turned into tract houses, and Hilltop Market has a new name and a Stater Brother’s just down the street to compete with.  The creek is gone.  Spray painted names have replaced the beauty of big skies and open land.

It is good to know that there are places where the Four H is still around, where kids can do those things that I once did.  With all the technology I wonder if they still do, but I needed to see it.  I needed to get away and to see that what I had lost is not really lost at all.

I’ve wanted to go back my whole life, to live that life again.  To sit on the porch with a glass of sweet tea and watch the sun go down.  I never wanted to leave, and in many ways I have spent a lifetime trying to find that place again, the place that is home.

It is still out there.  America is a beautiful nation filled with wide open spaces and big blue skies where you can breathe and feel free.  It doesn’t have to be a memory, it is here, and it feels so good to stand in a place like West Texas, and look out over those open fields, and majestic blue skies.

I don’t know that God will open that door for me, but standing there, in a place like that, I know that anything is possible.