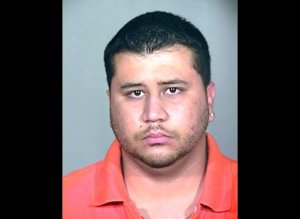 I’m bothered that the media, special interest groups, and some of our politicians have pursued and promoted the concept that the death of Trayvon Martin was the result of white racism against blacks.  I am not aware of all the details in this case, but I do know that George Zimmerman is not white.  His family has made a point of telling all who will listen that George Zimmerman is Mexican American.  In their eyes that somehow excludes him from racism.  It does not.

Anyone can be racist, and given that so many wish to attack whites and/or conservatives for this tragedy that fact is clearly evident.  Meanwhile racist attacks against whites, which have been on the rise, have been ignored by the media or found lacking as hate crimes, regardless of how brutal.  If we are to break free from this cycle, let’s start looking realistically at the issues and stop striving to create something that isn’t there.

Given the pursuit of critical race theory, that isn’t likely to happen, but the last time something like that was instituted it did not turn out well at all.  I realize our schools and colleges do not teach Reconstruction history, but this is not where we need to be heading.

It is sad that this death has been drug into a political cesspool.  Trayvon deserves better.  My thoughts and prayers are with his family and loved ones.

2 thoughts on “Race Baiting and Tragedy in Florida”